Pantheon is an application developed by Datalab Slovenia (opens in new tab). To this moment (09/12/2017) Pantheon is used by more than 52 000 companies. The advantages of the app, compared to other products are described in the site. 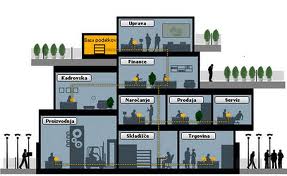 At this point, the application is translated in the languages, mentioned below:

Pantheon supports various combinations of databases and operational systems. Thus, the existing infrastructure can be used effectively and investments in new hardware or software (OS-s) are not necessary.

Pantheon is based on the technology client/ server. This is why the database is installed and supported by the server. The installation file, provided here contains Microsoft SQL Server 2005 Express Edition (free version included in the file).

Pantheon supports the MSSQL versions equal or higher than 2005 SP 3. The development of application for Oracle was cancelled in December, 2012.

The Version 55.59.10 was the last for both platforms (MSSQL Server and Oracle). The newer versions are going to be different – the development of MSSQL Server will continue as usual, whereas the version of Oracle will update only when a change in the laws of some states appears. It will also update when a correction of errors is needed. This will continue until December 2013. After that, Oracle Database will not be supported.

The following OS–s are supported for working stations (?):

The different companies have different requirements. For this Pantheon is offered in various versions. When shifting from a smaller to a higher version, only the difference in the price is paid. Moreover, the already introduced data remains in the system.  When the software is changed, usually this is a process that requires time and effort. The gradual update in the used versions will save you up time and resources. Every page for version is with a standard structure: